Independence Monument on the Place of The Independence (Maydan Nezalezhnosti), the nevralgic centre of Kyiv
(source : Cyrille Clément)

When it is not for strictly formalized professional purposes, the approach of a capital city which is new to you is at start unclear. A magma appears to you in a global confusion in which the new takes a too important part and nothing seems yet to be classed and organized on a mental map. You just experience some form of cultural shock which may be more or less violent. Enthousiasm as well as disappointments might be registered as transitory subjective states.

I knew very little about Kyiv when I did my first steps on its pavement, somewhere under the high towers of Ivana Dubovoho street, in the heart of Darnytsia, on the left bank of the Dnipro River. The reading of books and articles may help to get a first collection of useful informations but in a certain way : structures, institutions, opportunities of investments, legislations, taxation rates, composition of the administrations, all the official data which are published because they are considered of a public interest for the visitor with precise goals, a defined title and identity and restricted attributions.

View on the left bank the Dnipro and the Brovary Boulevard from the hill of the right bank above Arsenal’na
(source : Cyrille Clément)

In a way that I can’t justify, I must confess that I visited Kyiv for the first time in June-July 2006 in a much more sentimental quest. Not only that I was under the charm of Andrey Kurkov‘s bestseller Death and The Penguin and that I wanted to know what were this Hydropark and this Venitian Bridge which appear with such an importance during the decisive and penultimate scene of the novel. I was not there as a foreign investor nor as an international official, a foreign correspondent or a detached employee of a multinational company. I wanted to personally understand why a woman who I met years before, in 1997, during the terrible period called “The Transition” in the countries which formerly were included in the Soviet Union, had been so romantic with me. I mean that people in the West do not have such needs of absolute, of complete feelings as I encountered through this person. Life and relations in the West may appear grey, unemotional, conditioned by financial incentives and social positions which are prescriptions supplied from the outisde, by external sources. The attitude of this Ukrainian woman who touched me so much sounded exceptional to me and I hoped, through my travels to Ukraine, that I would be able to better determine if her attitude towards me was purely individual or maybe conditioned in a certain extent, by her cultural or social context.

Saint Andrew and its hill, with the Bulgakov House
(source : Cyrille Clément)

Through this unjustifiable quest, I did progressively some observations of people, around me, once I managed to get used with my new conditions of accomodation. This is part of this experience of observation that I shall try to organize here in a series of articles dedicated to the daily life in Kyiv as I tried to decifer it and to class it. What, at start, was for me a great mystery slowly became a multifacetted city.

The articles published here will not cover “the life of the societies”, the “public life”, the “corporate life”, the “life of the institutions” nor any of the other variations of the formalized world. None great branch of the varied human industries, Sciences, Politics, Fashion, Economy, are concerned here. I shall just point out tiny details or little scenes, all events which could remain undetected since they do not belong to any great type or category of registered activities. I shall depict some unknown places and give a set of discreet elements which make, I think, a real difference in the Ukrainian life, even if they do not contribute in any way to an economic growth.

3 thoughts on “Faces Of Kyiv, An Introduction” 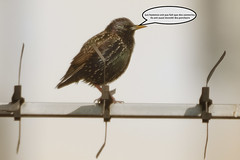 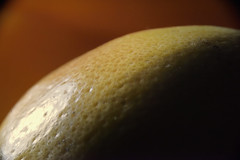 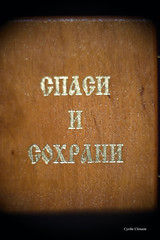