Comment on the Byzantine Mosaic,
Cycle of pieces for the solo piano by Svetislav Božić
interpreted by Jasmina Kulaglich, piano
Naxos, 2012

In my on-going journey through European culture, I recently met with what, at first sight, appeared to be a musical gem and I hope that I shall fully share here the good reasons that I found out to, definitely, make of it one of my deserved long-term favourites.

Within the great European tradition of the music for solo piano (which of course has emerged from the broader music solo keyboard), the big names of the German-speaking zone, Mozart, Beethoven, Schubert, top the panel. Russian names (Scriabin, Prokofiev), French names (Debussy, Ravel) or Hungarian names (Liszt, Bartok) appear not far away. Though composers of (much) less prominent countries like Spain, Finland or Czech Republic have their place in this rich and plentiful literature and a whole set of wonderful pages of piano music to offer.

In this logic of “enlargement”, the name of Svetislav Božić (1954-) may be called to play an interesting if not a leading role. The 11 piano pieces, which have been recorded for this CD, all constitute a work of maturity. They are inserted in the middle of a rich and extended production of chamber music, which includes preludes, sonatas as well as quartets and other varied forms. The present CD’s main program is a cycle of 9 short pieces (from 3’ to 7’ each) called The Byzantine Mosaic to which are very relevantly added by the interpreter 2 separate short pieces with a poetic program.

The cycle of the Byzantine Mosaic, apart its quite appealing title, which refers to an admired millennial artistic tradition, associates the modernity of a contemporary form and language with deep and ancient roots in the European culture, enclosed in a careful and mindful design. Each of the nine pieces is named after an Orthodox monastery in Serbia, Macedonia or Greece : Kalenić, Gračanica, Bogorodica Ljeviška, Sopoćani, Hilandar, Pantelejmon, Žića, Studenica, Gornjak. But it’s not merely a name : the composer’s attempt to synthesize, in a brief inspired vision, the spirit of each of these breathtaking places is convincing and never weakening. These “pictures” portray the temper and the presence of the not yet well-known enough wonders of the religious architecture which have been prescribed to the Balkan’s Europe of the Middle Age by the Christian fervour, and in which, each time, to a landscape, powerful by its features, is associated a masterpiece of proportions and sacred thought, resulting from a very individualized instance of the religious language.

And Svetislav Božić fully succeeded in creating nine very individualized pieces, each demonstrating a strong personality in which the Divine Terror or the very human, secular violence struggle and alternate with the flowing energy of the natural sources or the healing mildness of Love. The master of Belgrade certainly assimilated the languages of Maurice Ravel and Leos Janacek, Georges Enesco or Federico Mompou, to mention some masters of the XXth century, but he gave his personal tone to his strong and refined compositions.

By this “spiritual travel” to which the Serbian composer invites his listeners, his cycle get inscribed in a modern affiliation of music for solo piano inspired by a religious thematic or program (without being a religious music for the office) which could include Olivier Messiaen’s 20 Glances at the infant Jesus or Einojuhani Rautavaara’s Icons. And this is at this level of achievement that S. Božić decided to raise his compositional project.

To do justice to the glowing beauty of these pages, specially in the context of a World Premiere Recording for which the interpreter as well as the public have none landmark, the highest standard of execution is expected from the side of a motivated pianist, ready to assume all the traps of an all-new music in order to sublimate them and to deliver a clear, well understood vision of the partition. Here, the pianist-interpreter plays the demanding role to introduce the listener to a not yet known music and to an unusual creative world, He or she has to make vivid for the first time a poetic content and, by this doing, to set a standard of execution.

To choose Jasmina Kulaglich, a brilliant and energetic representative of the Academy of Belgrad, to overcome this challenge sounded as a relevant idea as possible, given also her close relationship with the composer. And the young but experienced pianist was certainly highly motivated when she endorsed the project to perform, for this record as well as on stage, this captivating music. To bring the light, for the public, on a new school is a noble endeavour and, for me, J. Kulaglich perfectly succeeded here.

In a very versatile music, displaying pieces which alternate slow contemplative motions with quick energetic movements forwards, the Serbian pianist is always, at every instant, in the full control of what she plays. With a great technical comfort, she fully serves the music, giving sense to all its details, all its changes of mood, all its complex sides, fluent in the rapid ride of Žića (#7), deliciously delicate in the first part of Sopoćani (#4) or the opening of Studenica (#8), clear and luminous in the ravelian dances of Bogorodica Ljeviška (#3), contrasted in the deep and thoughtful Kalenić (#1) which superbly introduce the religious dimension of the cycle with its rich harmonies.

This whole cycle of the Byzantine Mosaic received here, under Jasmina Kulaglich’s talented fingers a first premium seal of excellence which is to offer to the public the jubilant opportunity to discover a very attractive new piece of repertory. And concerning the last two pieces, After a war with some hope through the rain (#10) and Memories of the ancestors (#11), they also demonstrate, under this interpretation, very interesting musical qualities, both by their theme and the variations, with a great richness of sections that J. Kulaglich perform all with the same care, the same attention for the instant in the global structure of the piece.

How not to give a very positive appreciation to the Naxos label for taking the initiative of such musical projects and for such an enriching release? The production shows an excellent technical level. The sound engineering is clear, neat and the piano remarkably present, without being aggressive. We can only support such projects which bring new musical contents to the public knowledge and appreciation and which, thus, help to keep alive and vivid the composition for solo piano, including in new countries for which this old European tradition can settle and grow up and perpetrate itself.

J. Kulaglich, by courtesy, granted me the authorization to add here the link to the video of the recording of the CD :

For sure, this wonderful music would be an inspirational Christmas gift

To offer it, you may purchase the CD on websites like Amazon :

For France, you can find the CD on the website of Abeille Musique

You may also download the tracks on-line on platforms like iTunes, Virgin or directly onto naxos.com (see link above).

One thought on “Modernity And Depth Of A Spiritual Travel” 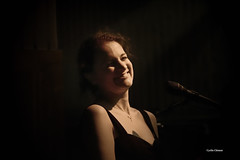 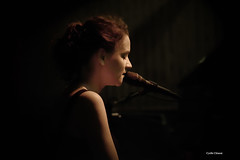 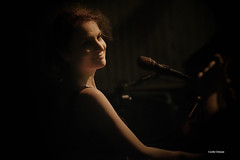