“Welcome to the ECFR Scorecard 2016. The European Foreign Policy Scorecard is an innovative project that provides a systematic annual assessment of Europe’s performance in dealing with the rest of the world.”

Since 2010, a new format of analytical publication has emerged and is starting to make its way in the field of the political science. The European Foreign Policy Scorecard is now an annual publication which assesses the successes and the failures in the actions and decisions composing the Foreign Policy of the EU member states and the institutions of the European Union. The editors have set a series of categories which are maintained or gradually improved one year after the other, helping the readers to bridge comparisons in the annual outcomes of the European policies towards the surroundings of the Union and the greater world.

The 2015 version was very much focused on the effects and consequences of the annexation of the Crimean Peninsula by the Federation of Russia and the war in Eastern Ukraine, the most challenging evolution in the security situation for the European construction since the end of the Cold War but the other topics (Middle East, China, Transatlantic Trade, Africa) were also covered with the same analytical tools and the same editorial relevance. The 2016 version evaluates the responses to the migrants crisis which took a very different dimension during the year 2015 and to the acts of terror in Paris.

map of the scores of the EU member states in endorsing Foreign Policy
(source : European Council of Foreign Affairs)

This format includes notations on aspects of the policies which are organized in tables and comparisons with the 3 previous years are brought. Non less than 65 categories are listed, detailed and commented in 1 page and organized in 6 chapters (5 centered on a specific geographical area and 1 focusing on the multilateral issues) which totals around 110 pages.

The website of this publication proposes electronic versions (PDF, Kindle…) of the last 6 editions and also audio interviews of the authors on each chapter of an edition.

Interview of the author of the 1st Chapter

A very useful analytical tool which will become, in the following years, a rich archive to apprehend the strengths and the weaknesses of our continental model of development driven by the public administrations. 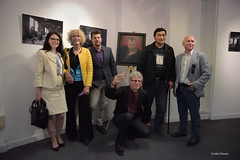